The prompt this week is a ‘Semordnilap’ – two words that are reversals of each other like Stressed/Desserts, Reed/Deer, Semordnilap/Palindromes. Click here for the prompt post from Tara R. 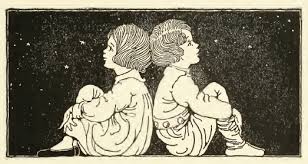 Rats. They were out in force. Jackson huddled into a corner wishing that he’s chosen a spot near a warm vent. The rats left him alone at least, the dark mass of them focussed on the bins at the end of the alley. It was cold, very cold but the sky was clear at least. He could see the moon so bright and clear that he could spot the craters, the moon’s seas. Seas. That was knowledge leftover from his astronomy days. The telescope was the first thing to go to the pawn shop followed quickly by books detailing every single star.

Note: The seas refer to the moon’s craters which are not really seas but are large plains named Maria/Mare. For example the Mare Tranquillitatis (latin for the Sea of Tranquility).