Many people believe in the concept of ‘Correct’, ‘Standard’ or ‘Proper English’, believing that only one type of grammar is accurate and that all others are not. This is called ‘prescriptivism’. The opposite idea is that language is always evolving and that it differs across class, culture and geographical location. This is called ‘descriptivism’ 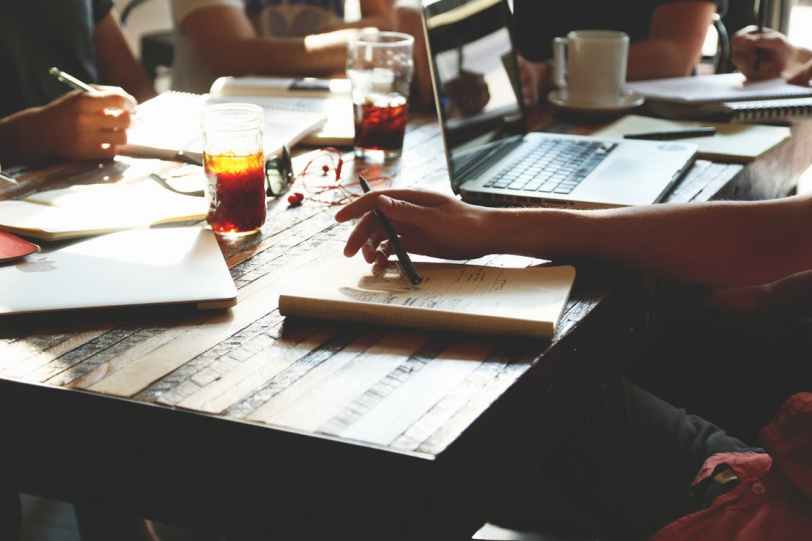 As a writer, you will eventually come across people who are prescriptivists and who tell you that your grammar is wrong but many prescriptivists don’t understand the political argument surrounding the concept of ‘correct English’ or the effect it has on working-class writers.

I rarely focus on myself when writing this blog as it was never my intention to do so but there are things about me that some readers may not understand. The reason that I am so passionate about this argument is that I grew up in a working class area and was educated in a local high school that performed very poorly and was eventually shut down. I am half-Scottish but was born and raised in Lancashire which means that I am heavily influenced by Northern English, working-class, Lancashire grammar and Glaswegian grammar both of which phonetically and grammatically differ widely from Southern British English. I was an avid reader of Enid Blyton, growing up and so was slightly influenced by some of the old-fashioned style of her writing as well as the styles of all the other authors I read. This is why you find words like ‘amongst’ creeping into my language sometimes. I was also exposed to American culture through TV, music and books and so picked up the pronunciations for words like ‘Dynasty’ and ‘Mall’ from U.S culture. I used to spell programme the American way but my teachers kept berating me for it until the UK spelling became a habit.

I did not go to a wealthy school growing up at all. I was not educated at Cambridge or Oxford. The people around me do not speak with received pronunciation because it is not their culture and so I do not speak or think in received pronunciation or in ‘the Queen’s English’. In fact, I feel so distanced from that type of English that it feels like it comes from another culture. It is not my cultural identity at all. It is someone else’s and so I had a hard time and still have a hard time catching up with all of its rules.

Being Corrected for not being ‘Standard’

Throughout my years doing creative writing, I have been corrected repeatedly for using British English (when I am in fact British), I have been told that I use the passive voice too much (when that is often the style of British English) and have been repeatedly told to change and/or correct my grammar to fit in with ‘Standard English’ because I have a tendency to write with Lancashire-style grammar. Many grammatical errors often slip through in my writing because I simply was never taught to use grammar in the same way as someone who is Middle or Upper Class. Much of what I learnt was from reading and picking it up as I went along

The key problem with the concept of ‘Standard English’ is that it is a political and class-based concept. It excludes and tries to reshape working class writers to fit in with a perceived standard of excellence that they can rarely ever achieve because they are never going to think in ‘Standard English’. Spell-checkers and grammar-checkers often have either very outdated and old-fashioned forms of English grammar, different from Modern British English, or they use American English standardisation rules that don’t fit in with my style.

You may be thinking… how different can Lancashire Grammar be from ‘Standard English’ but here are just a few observed, notable differences.

1. Uses was/were interchangeably and often omits words that are easily implied through context (that, the, to).

Standardised English –  I wish that I was a butterfly.

Lancashire English – I wish I were/was a butterfly.

2. Has looser rules on clause structures. Concepts or verbs that are usually given nearer the beginning of a phrase are sometimes tagged into the middle or even onto the end as if they are an afterthought.

‘She went/walked down the road’.

‘She went down the road, walking.’

‘She went walking down the road’.

‘She went/walked down the road’.

3. Informal, non-standard, emphasised and often interchangeable usages of pronouns  are usually used like, “me and Jim both”, “All us Northerners talk different” or “them people are staring”. Me can also be used interchangeably for my or mine. “Hey that’s me car!”

“He opened the fridge like it was his house or something.”

5. Using -ing words where you might not expect them to be and varying tense structures and using different word combinations.

“She was meaning, red not orange.”

“Ought he be doing that?

I’m sure that there are many more but those are the ones that I notice wandering into my writing. If I feel that people won’t understand them then I’ll alter them. If I feel that they will, I’ll keep them.

How Most British People Actually Speak

1. Formal English – “John, please could you pass me that spanner. It is on the table.”

It’s worth noting that the above examples can vary widely. The word please can be moved around and formality also depends on the relationship of the speakers and other factors such as politeness, culture, class, dialect and location.

The reason for writing this topic today was because I disagree with this concept of eroding diversity and having everyone ignore their cultural identity in favour of ‘Standard English’. It bothers me. Why should working-class English be seen as less intelligent than ‘Standard English’? Why should working-class writers give up their cultural identity and blend in with one common standard of English? Doesn’t that take away character and a sense of uniqueness from their creative writing?

I must confess that I used to hate to see novels written in a Lancashire dialect. Not because I dislike my dialect but because I felt that working class Lancashire writers were always seen and judged just by their background. If feels that as a writer from my background I either have to conform to upper-class Englishness and lose my cultural identity or have to write only in an extreme form of my dialect and about ‘Lancashire’ history.

I feel like I am expected to be talking only about the past and in a very spoken, historically dated form of the Lancashire dialect. But I don’t think and write like that. I write and think how I am writing just now in this post. I don’t want to be defined only by my class and culture nor do I want to conform to standards that do not reflect my style of writing. It feels as if there is a pressure to be either one type of writer or another and that we are always criticised for being the kind of writer that we actually are. My grammar is not completely standard and I am always going to mix up ‘was’ and ‘were’ and write ‘John and me’ instead of ‘John and I’. That doesn’t mean that I only want to write about Lancashire and it’s past or only to be defined only by it. Modern Lancashire, like Modern English is changing and perhaps it’s time that people understood that ‘Standard English’ is just another way of saying ‘upper-class and therefore superior’.

So if you find yourself wanting to correct someone’s grammar, consider if they are actually incorrect or if their grammar is just different? Personally I love linguistic variation. I love that each writer has their own style and unique voice. I don’t want everyone to write in formal British English and for their grammar to always be impeccable. I want to see variations. I want to see different ways of communicating. If you prefer formal English there’s nothing wrong with doing that. Write that way if that’s what you prefer. Just remember that everyone has a preferred writing style and we shouldn’t try to force everyone else to fit the same mould.